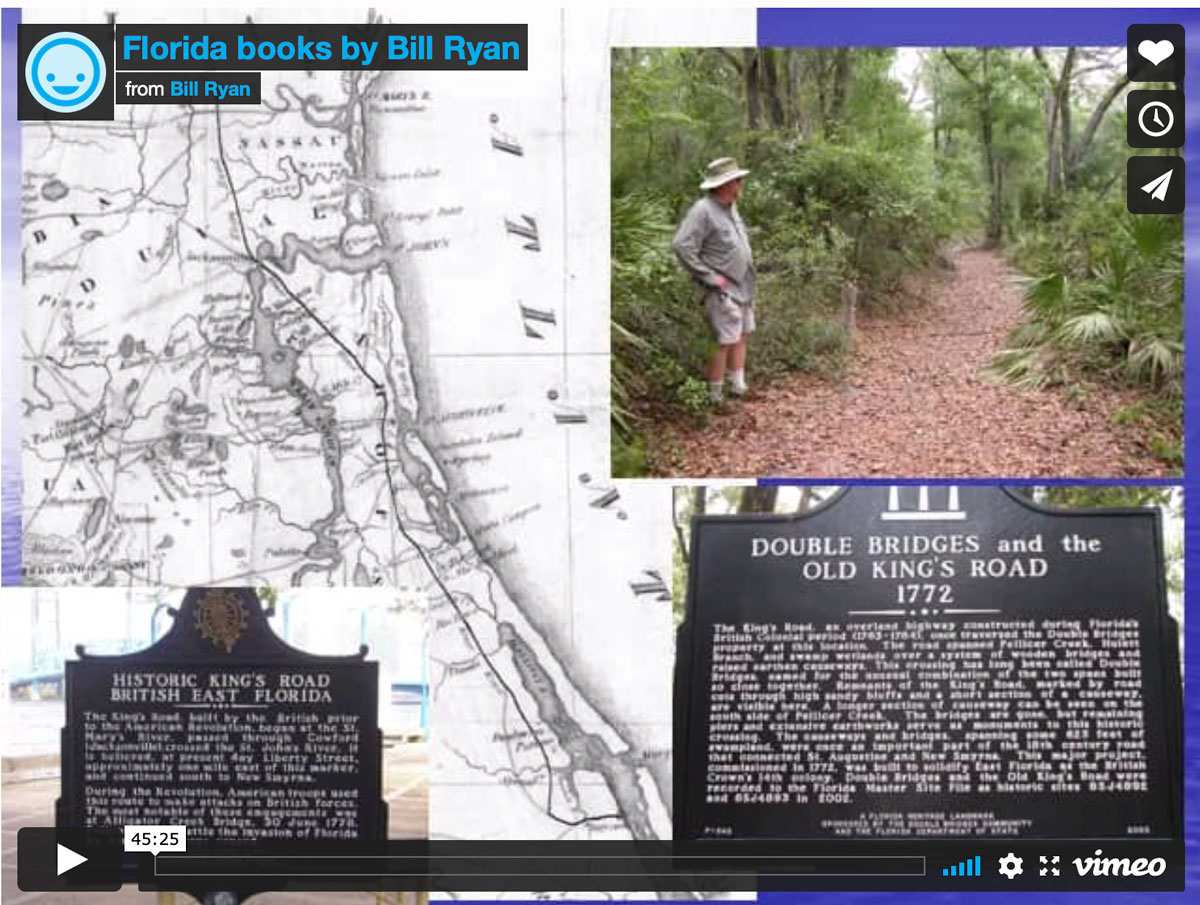 Flagler historian Bill Ryan describes his sources for seven books. They are about the Colonial British and Spanish periods. The Flagler County Historical Society, long time residents such as Sisco Deen and Hewitt Dupont offered memories. Documents and Flagler County records are filed in the “History Annex.” “The Kings Road Series” contain many of the stories told during the Flagler history bus tours first conducted during the ITT period by Jim Allen of the African American Cultural Society. “Connecting the Dots” describes the rich source material that suports our Colonial History. This is a talk was given at The Friends of the Library program series by Bill Ryan.

Search for Old Kings Road and six other Flagler history books are offered in the Annex Book Shop.

FCHS plans for 2022. Thinking of our history in a new way. Strategic plan for history tourism. Recognizing our history assets.
END_OF_DOCUMENT_TOKEN_TO_BE_REPLACED
28 Dec

November 2021 - Thanksgiving at the Holden House. Foods and recipes from the past.
END_OF_DOCUMENT_TOKEN_TO_BE_REPLACED
01 Oct

Ode to Bunnell, our 'MacGyver',Songs of Bunnell, Work Days are coming!
END_OF_DOCUMENT_TOKEN_TO_BE_REPLACED
20 Sep

Historical Events and People in August to September 2021
END_OF_DOCUMENT_TOKEN_TO_BE_REPLACED