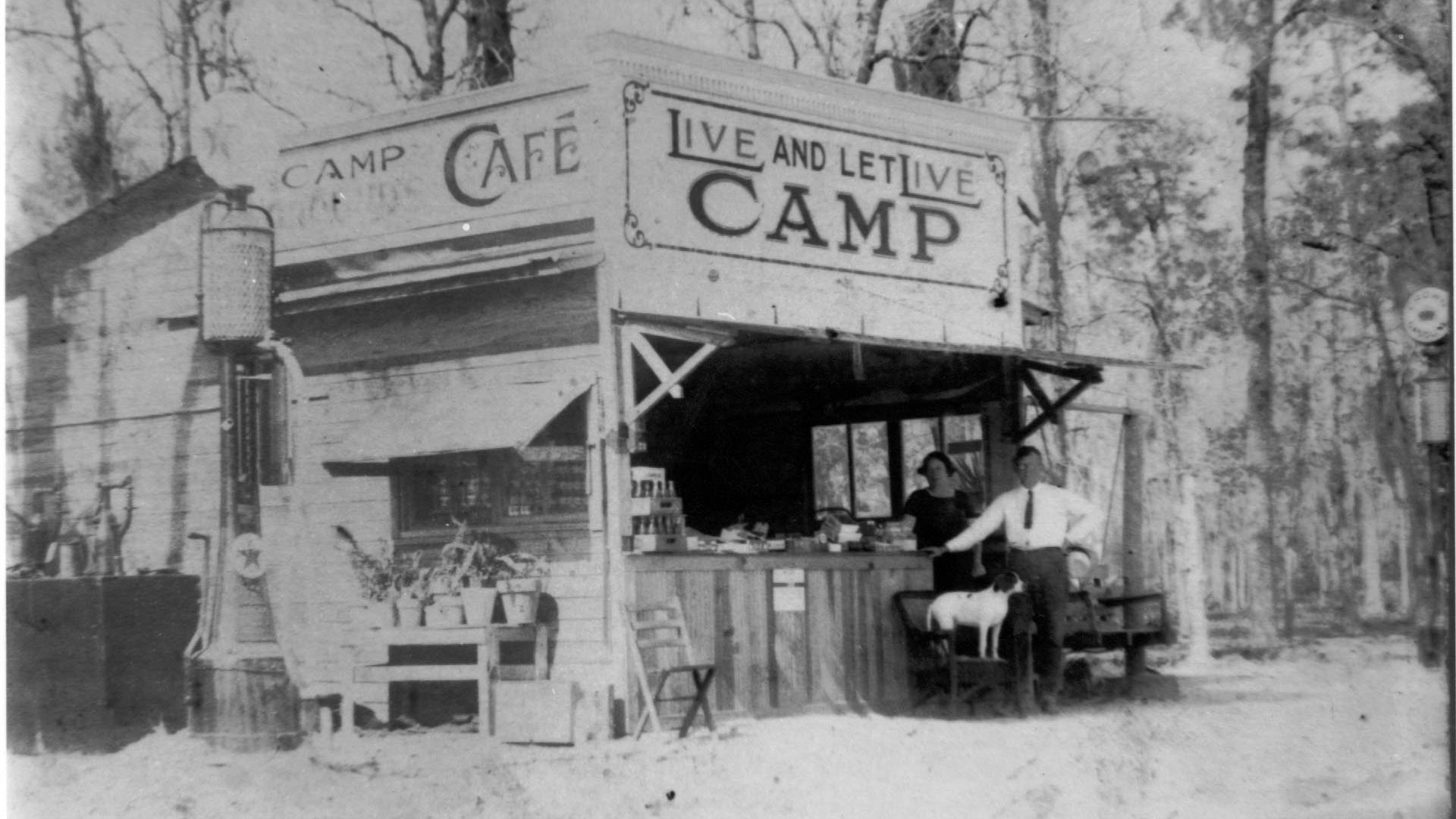 In 1880 this little community boasted three families. No waterway, no paved roads, or railroad to attract anyone.

In 1880 this little community boasted three families. No waterway, no paved roads, or railroad to attract anyone. These families were the Hunter’s, Helm’s and Raulerson’s. Descendents from these families still live in Espanola today.

Anyway, in the early 1890’s, news spread that a railroad was coming through to Espanola from East Palatka. New families came to settle near the railroad possibly to seek work.   The George Durrance family came over from San Mateo. George Burnsed came from Matanzas. George W. Deen of Baxley, Georgia, bought several large tracks of land in this area and established turpentine stills which he leased to operators. His brother, James Monroe Deen and family, moved onto one of the turpentine still sites near Espanola. Later he moved to a camp known as the Sappling’s in the Haw Creek area.

Daniel Martin Deen, another brother, came from Georgia in 1903 to lease a still just west of Hunter Branch and established his son-in-law, Zachary G. Holland and family there to operate the still. The Holland’s cleared land and began an early farming operation being one of the first potato and cabbage farmers.

William Henry Deen and son Carter came from Bax1ey, Ga. in 1905 to lease the turpentine still near Espanola and one located at Dinner Island. He was joined the next year by his brother Robert William Deen and family.

After spending some time in the turpentine business, the Deen brothers later, became early potato farmers. Their sister and husband, the Worth Richardson’s operated a still near St. Joseph. Jeptha Dennis Barber came in 1903 to assist George Deen in saw mill operation at the site of the old Holland home. He brought his family here in 1905.

It was during this time that Espanola’s large saw mill was erected with many branch tram roads scattered through the surrounding woods to haul in the virgin timber to be sawed into lumber for the northern markets.

Lawrence Sidney Cody and Joseph Barrett Boaz operated a stave mill at Espanola for some time. When the partnership was dissolved, Mr. Boaz went to Hastings. A few years later, Mr. Cody and George Allen, Sr. operated a similar mill in the Bimini area..

The narrow gauge (three-foot gauge) railroad originally built by Utley James White from Rollerstown near Palatka to Daytona was purchased by Henry Morrison Flagler who changed it to a standard gauge railroad and called it the Florida East Coast Railway. By this time Espanola was a thriving community of about 100 people.

Later, as the railroad was completed and the mills began to close for lack of timber, the community’s economy became depressed and many of the people moved away, Then, in 1915, Espanola began to boom again as the new Dixie Highway was built through Espanola. This was a narrow brick road, which still exists north of Espanola. Florida Farms Development Company began selling farm tracks to new settlers coming m from the north.

Tourism became another important segment of the economy with camp grounds being established for over night tourists or, as they often called, “Tin can tourists.” One camp was “Live and Let Live.” Another was “Hoosier’s Inn.” During this time new families who settled in Espanola were the Knox Jones, Kudrna’s, Teeters, Pellicer’s, Pringle’s, Cauley’s, Gatlin’s, Whitton’s, Thompson’s, Burnside’s (aka Burnsed’s), Blount’s, Miller’s and Cobb’s.

The Harry Murray family settled in Neoga (north of Espanola). The Karl Lord family bought the Aldrich Hunter place and ran a dairy farm. Also moving into Espanola were the Emery’s (still there) and the Hart’s.

Espanola was depressed again as the “boom” came to an end and the Dixie Highway was moved to bypass Espanola (now U.S. 1). Today, Espanola remains a quiet and peaceful little community where they speak of fond remembrances of the days gone by.

You can get to Espanola today by driving south from Palm Coast on U.S. 1 to State Road 13 (about ¼ mile north of the overpass), take S.R. 13 north until you hit the middle of Espanola. You must then, either go west or east.  If you go west, you will pass the Espanola Cemetery and eventually run into S.R. 100 in Bimini. If you go east, you will be on the Old Brick Road (Dixie Highway).

The Old Brick Road turns north and extends for a distance of eleven miles between S.R. 204 and Espanola. The northern two miles of the road are located in St. Johns County while the remaining portion is located in Flagler County.

The road was part of the Dixie Highway which stretched from Sault Sainte Marie, Michigan south to Miami Beach, Florida. The road is composed of a packed shell foundation topped with a nine-foot wide brick roadbed and four-inch wide concrete curbs, flanked by three-foot wide shell shoulders for a total width of fifteen feet. The road construction was part of a sixty-six mile project completed in 1916 by St. Johns County.

The Flagler County Historical Society is creating a fundraiser to obtain a Sea Turtle to be placed in front of the Holden House Museum as a new member of the Turtle Trail. The theme will consist of a combination of…
END_OF_DOCUMENT_TOKEN_TO_BE_REPLACED
18 Nov