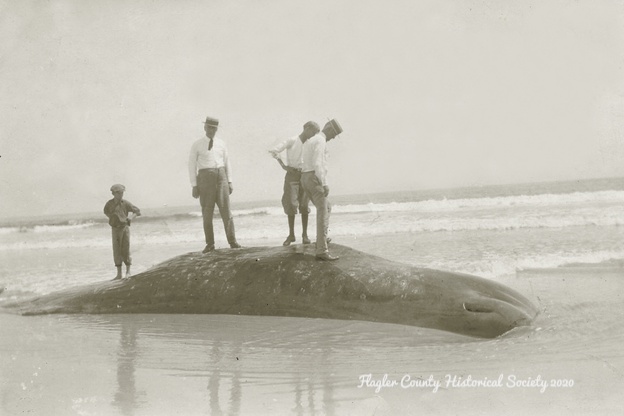 While the mystery surrounding a whale skull that washes ashore in Flagler Beach last week is still being unraveled, it is not the first time that marine life has made its way to Flagler County beaches.

Above, residents stand on the carcass of a beached whale in Flagler Beach in this early 20th-century photograph. (Flagler County Historical Society) – Compiled by Aaron London.

Is Flagler where you want to live 20 years from now? We are about to lose our heritage and sense of place.
END_OF_DOCUMENT_TOKEN_TO_BE_REPLACED
01 Apr

It’s finally here! In celebration of the latest census release, here are some facts about the United States 1950 Census and why it’s important! Saturday, April 1 was the “official census day” in 1950. The U.S. Census is required by…
END_OF_DOCUMENT_TOKEN_TO_BE_REPLACED
30 Mar