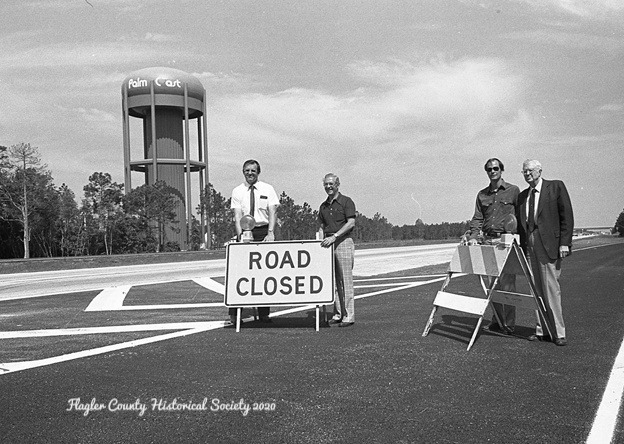 The opening of the Interstate 95 ramp at Palm Coast Parkway in April 1981, pictured, was welcome news to early residents of Palm Coast.

At the time of the article, the intersection in Korona was being considered on U.S.1. Since then, a second round-about on U.S.1 has been put into place at the north end of Flagler County, where a huge development will be going in. – jdf

While Florida Department of Transportation plans to build a roundabout on U.S. 1 is meeting opposition from residents, the opening of the Interstate 95 ramp at Palm Coast Parkway in April 1981, pictured, was welcome news to early residents of Palm Coast.

Access to the interstate was a key to the rapid growth of the city, bringing more visitors and potential residents to Flagler County. (Flagler County Historical Society) – Compiled by Aaron London.

The Flagler County Historical Society is creating a fundraiser to obtain a Sea Turtle to be placed in front of the Holden House Museum as a new member of the Turtle Trail. The theme will consist of a combination of…
END_OF_DOCUMENT_TOKEN_TO_BE_REPLACED
18 Nov