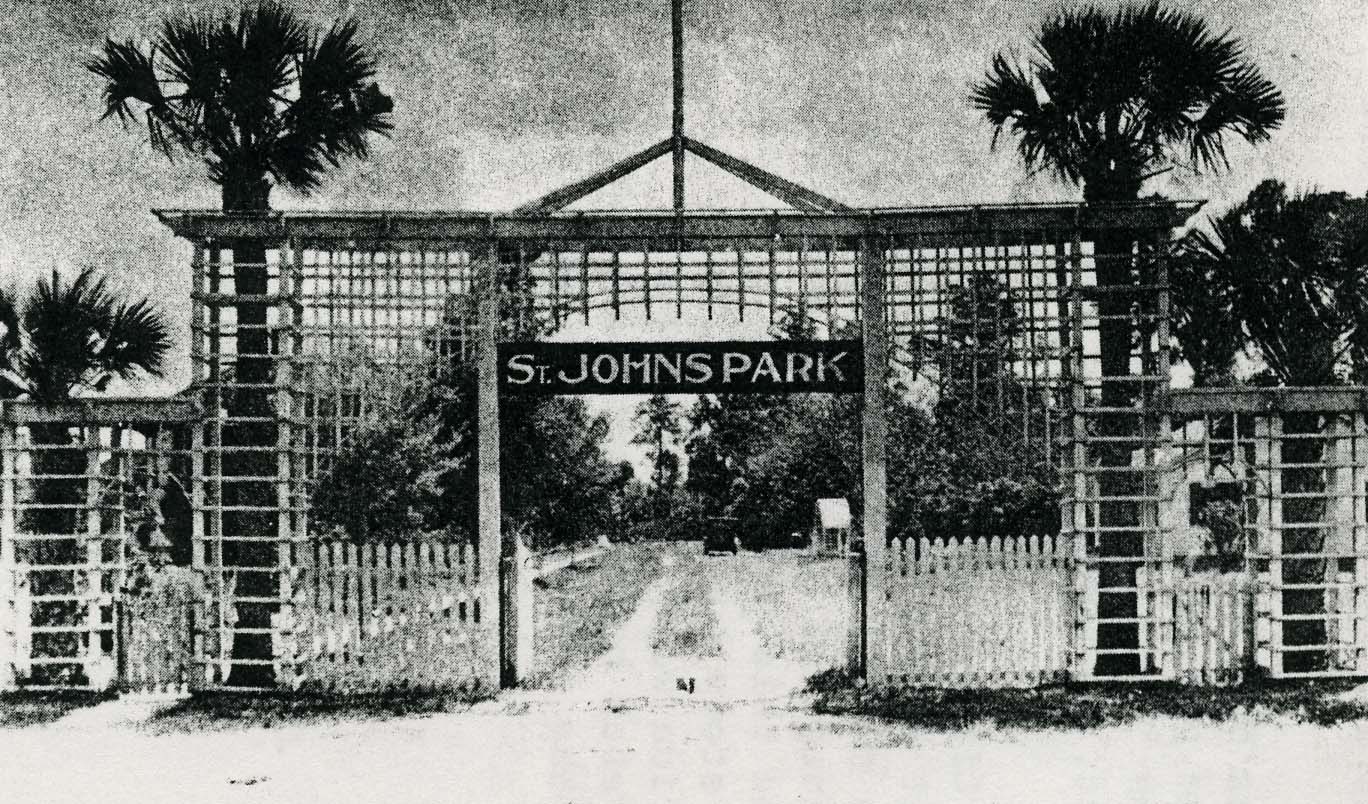 The land boom in present-day Flagler County started on the west side of the county in the early 1900s at the settlement called Omega.

The land boom in present-day Flagler County started on the west side of the county in the early 1900s at the settlement called Omega. The area had been settled in the early 1880s by the James Andrew Burnsed, Mathew (Mack) Davis, Jesse Valentine Malphurs, and James C. Miller families

These five men were the incorporators and subscribing stockholders, each subscribing for 2,000 shares of capital stock worth one million dollars. George owned all the land in this proposed development of 25,000 acres. The land was subject to timber leases made by George to A. T. Squire, James Emmett Deen and Company and the Espanola Turpentine Company.

George’s proposal to deed his land to the company in full payment for all the stock, for himself and the other four directors was approved. They having made satisfactory arrangements with him for this purpose and the stock was to be issued to him at his order.

In January 1909, the St Johns Development Company made a contract with the Ben Levin Advertising Agency of Chicago for the purpose of advertising the land parcels, both lot sizes and small farms, for sale. They advertised in northern papers with “Five Dollars Down and Five Dollars a Month.” Much of the land was sold by mail order and much of it was sold in 25-acre parcels.

The company built a three-story frame hotel on a 5-acre waterfront park. A large administration building was erected nearby, as was a two-story general store and a post office.

The company operated boat service for passengers and freight. Two boats, The McNeil and The Crescent made regular stops at Dead Lake bringing settlers, mail, prospectors, and supplies and returning with newly harvested farm products.

Today, all of the original St Johns Development Company buildings are gone. The Mathew Davis home on County Road 2006 still stands. The two-story house had formerly been the office of the A. T. Squire Lumber Company at Omega. Mack purchased the office building, moved it about a short distance east on then Deen Road, and converted into a home.

On December 3, 2007, the Flagler County Commission, using $1.7 million of voter-approved funds for Environmentally Sensitive Land, purchased 29 acres at Bull Creek Fish Camp to preserve public access to Dead Lake and some 23 acres of cypress wetlands. The area, the site of the former docks at St Johns Park, is in western Flagler County at the western end of County Road 2006.

Is Flagler where you want to live 20 years from now? We are about to lose our heritage and sense of place.
END_OF_DOCUMENT_TOKEN_TO_BE_REPLACED
01 Apr

It’s finally here! In celebration of the latest census release, here are some facts about the United States 1950 Census and why it’s important! Saturday, April 1 was the “official census day” in 1950. The U.S. Census is required by…
END_OF_DOCUMENT_TOKEN_TO_BE_REPLACED
30 Mar